Crypto currency or more specifically Bitcoin, is a new type of currency that is making waves around the world, but few understand what it is and how it works.

So what is Bitcoin? Bitcoin is a digital decentralized currency that is free of any central authority and is completely anonymous. Each person has a digital wallet with a randomly generated address. Payments are made to and from these addresses.

When a payment is made it is broadcasted throughout the network, and the destination receives the payment almost immediately. All payments are recorded in what is called a block chain. The block chain is a central location that contains all transactions ever made and is accessible by everyone. This means that all transactions are public, however the sender and receiver are not known.

Bitcoin is becoming popular among online retailers by accepting bitcoin as payment for goods and services, much like Paypal.

Bitcoin has had a turbulent past after soaring to over $1,000 per bitcoin. China has banned Bitcoin altogether as a result of hacked exchanges and stolen bitcoins and potential links to criminal organizations due to the anonymity of the currency. As of today, the price of bitcoin sits at approximately $500 per bitcoin and there are signs that it may stabilize, at least for now.

The United States just recently announced that Bitcoin will be treated as property when reporting income. Here in Canada there are 2 Bitcoin ATMs located in Toronto and Vancouver. I have yet to visit the Toronto ATM, despite being only a few blocks from our office! The ATMs allow you to buy bitcoin using your Credit Card which is a fast and convenient service. When a payment is made there is a small transaction fee of 0.001 Bitcoin. This is to pay for the Bitcoin miners.

Since there is no physical property, what gives Bitcoin value? It has equity-like characteristics because its value seems to grow as the ecosystem grows. Having lots of people use it, it gains value.

Crypto currencies are created using computers or specialized hardware known as ASIC miners that calculate hash algorithms (complex formulas). Bitcoin and other crypto currencies have mechanisms built in to regulate how many coins are generated for a certain amount of time. If too many coins are being generated, then the level of difficulty increases to slow down miners. At the same time third party companies are building faster hardware and the difficulty keeps increasing.

Due to the popularity and constant increase in difficulty of Bitcoin, others have launched similar currencies like Litecoin and DOGE coin.

When Bitcoin was first introduced, anybody with a little know how (and not afraid of the DOS prompt) could generate Bitcoin with their CPU. As the difficulty increased, it was found that Video Cards (GPUs) could mine many magnitudes faster using certain video cards, more specifically the AMD Radeon 7950. As such, these video cards went out of stock very quickly and to this day- it is still difficult to find any in stock. The reason was that AMD, for some reason, optimized a certain portion of the GPU to hash = at superfast speeds.

As difficulty increased again, 3rd party companies created what’s known as Application Specific Integrated Circuits (ASIC). ASIC hardware was designed for one thing only – and that is to mine Bitcoin. That’s where we stand today: companies keep increasing the speed of their ASIC hardware and the Bitcoin difficulty keeps developing, thus increasing the need for faster hardware.

Generating a block (a block is worth 25 bitcoins) is very difficult, and depending on your hardware, could take weeks to months. The idea of pooling the hashing power of many users was introduced to gene blocks faster and divide the revenue based on how many contributions were made to generate the block. So if you have a faster miner, you’ll get more bitcoin.

To start mining Bitcoin by yourself you will need the following:

If you don’t want to invest in expensive hardware for Bitcoin, you can get started with other crypto currencies like Litecoin and DOGE coin using your own personal computer.

To start mining using your own personal computer for Litecoin or DOGE coin, you will need the following (very similar to Bitcoin):

We hope you have found this edition of “To The Point” by Fetbi Irsat to be helpful and informative. Look out for our next installment as we continue to explore unique topics from business to the latest technology. 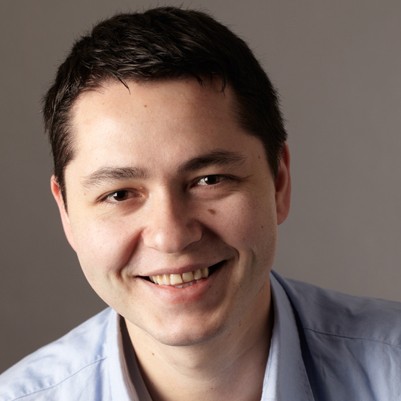